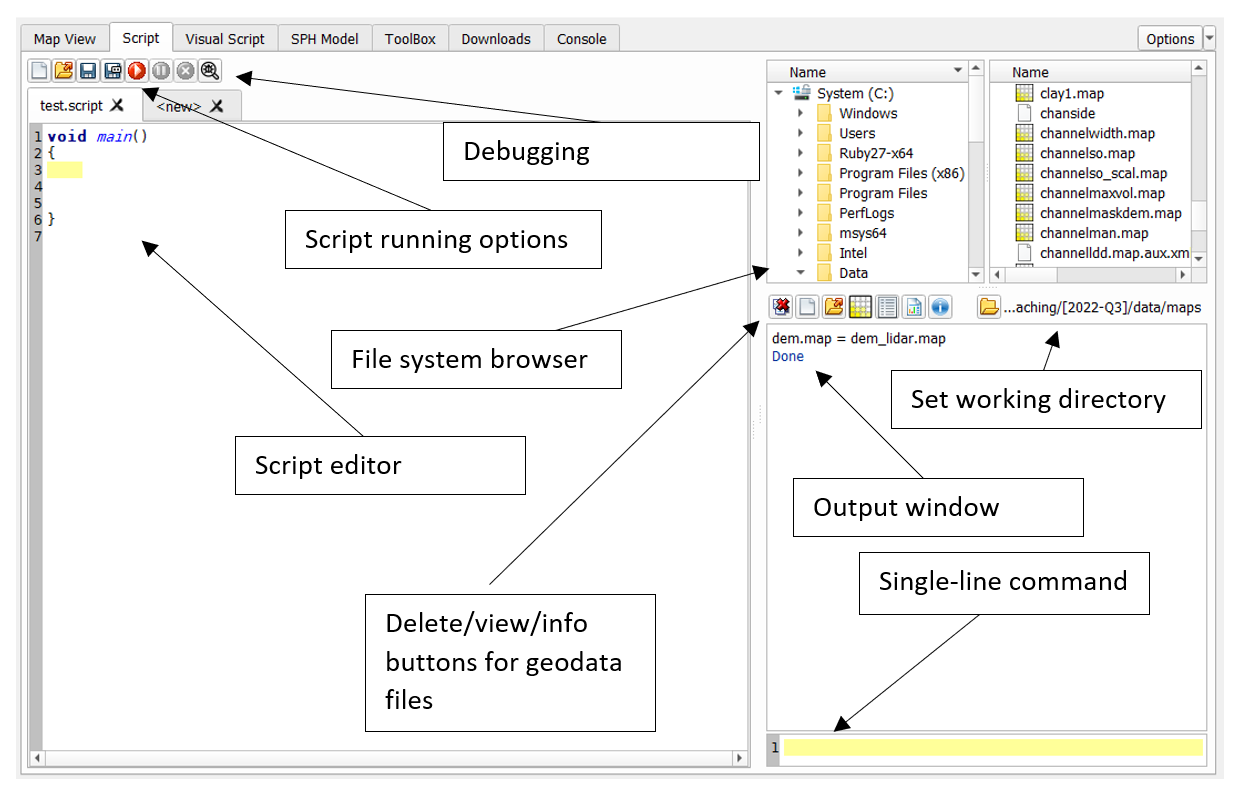 The scripting language used by LISEM is specifically aimed at manipulating geodata files. It extends the language by allowing in-line references to geo-data files from your working directory. Otherwise, it is based on the c-style language Angelscript, and features classes, functions, loops, if/else, function callbacks and many other things. The Command line allows you to perform single-line calculations. Here are some example calculations you can do in the command line

Loads a map called dem (in asc format) and saves it to GeoTiff format.

Calculates the Slope of a map.

Compound calculations with differing map formats. Note that all raster must have the same number of rows and columns.

Add a layer to the mapviewer.

Use curly brackets to save a list of raster to a multi-band file.

Detect linear features in terrain, and store them as a shapefile.

Logical operators for shapefiles. This finds the intersection between rivers and roads.

Table objects also support operators. The type of the table determines what operators do.

Print a number to the output window. The Map…Red functions act to reduce a map to a single number.

Some notes on these examples: • The syntax here differs from the scripting language in the sense that no main() function is needed. Additionally, there is no need to put the semicolon (;) at the end of the line. • The full scripting language is available. Keep in mind that for most calculations, the number of rows and columns for each map must be equal.